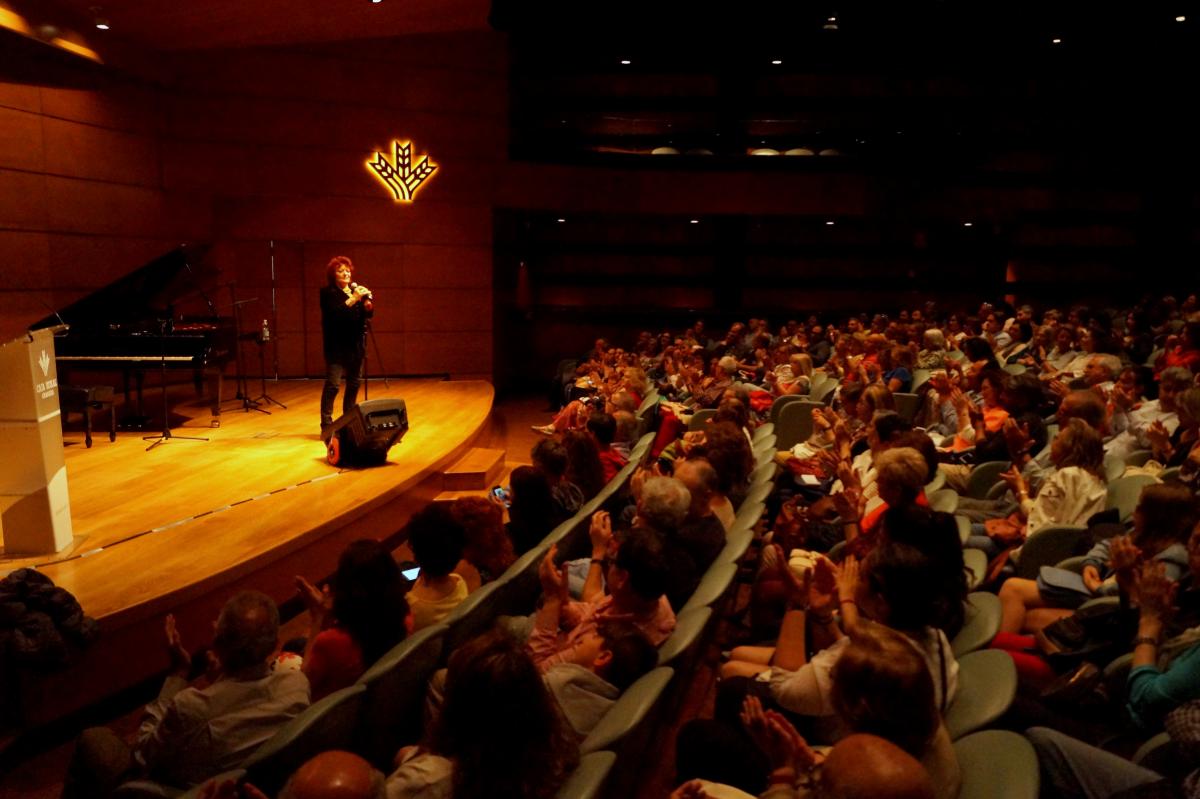 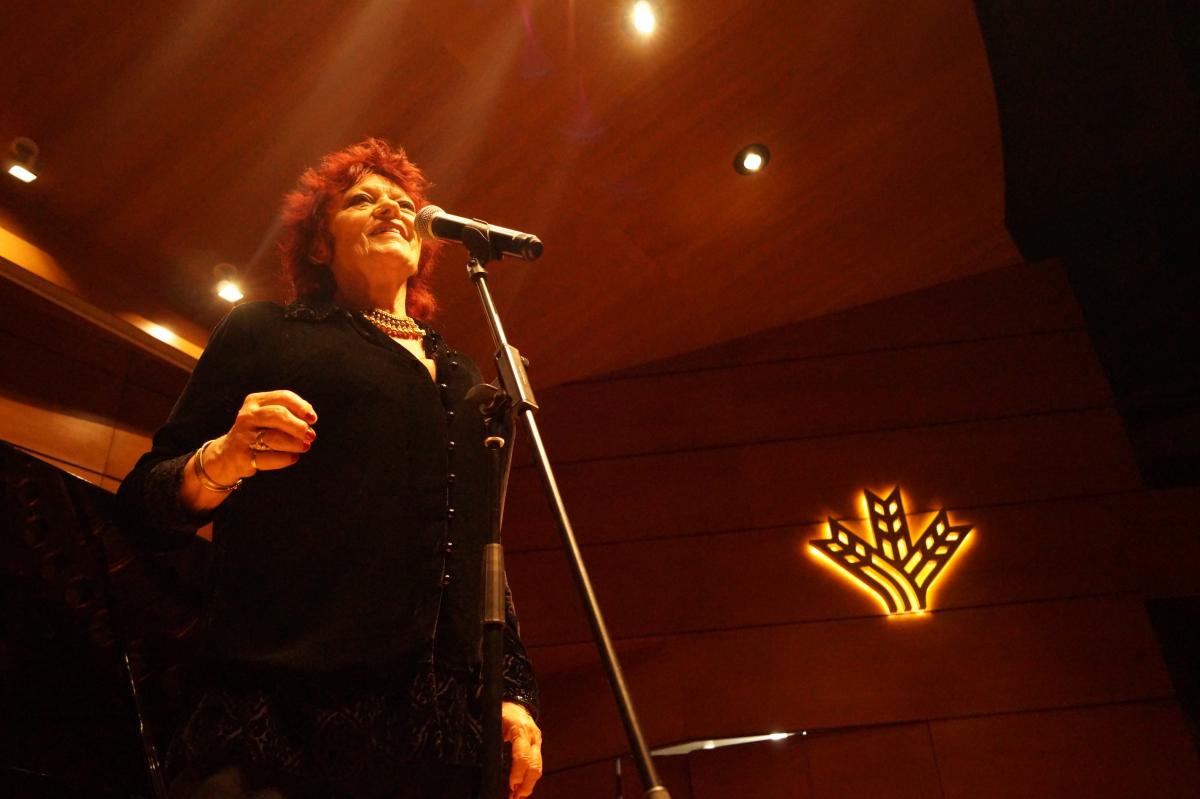 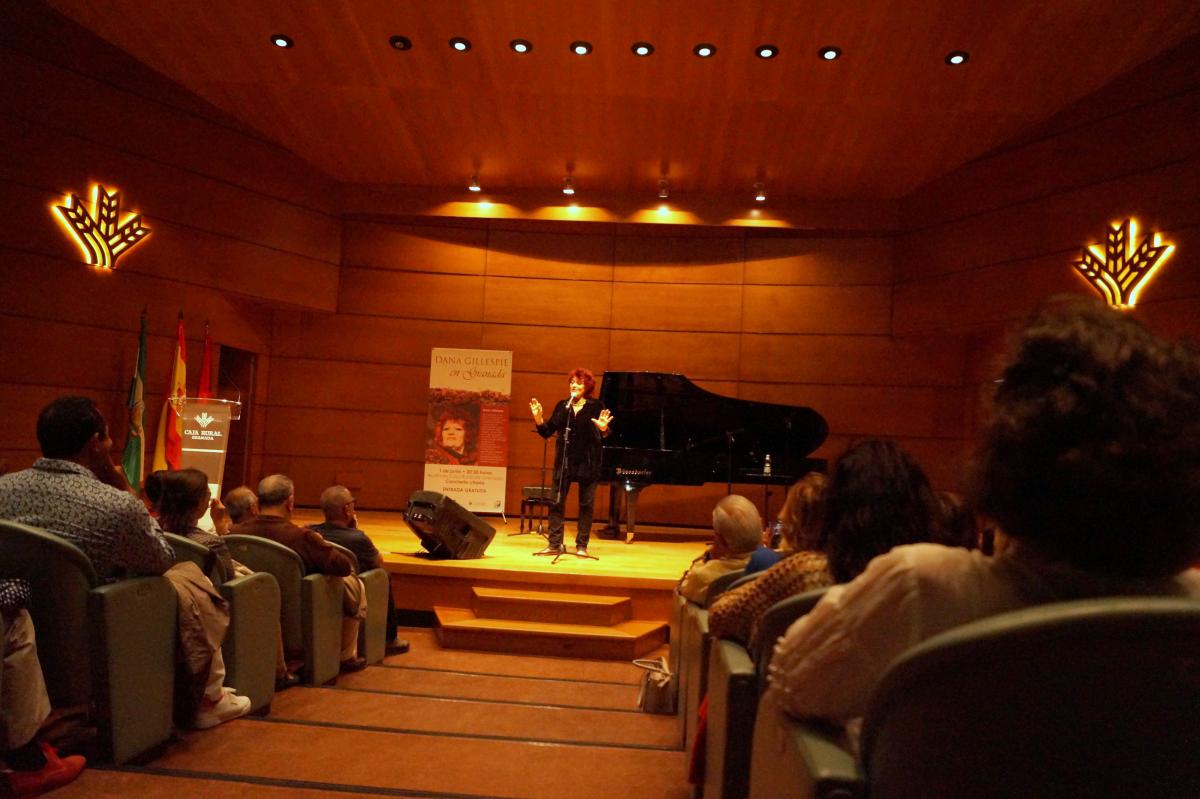 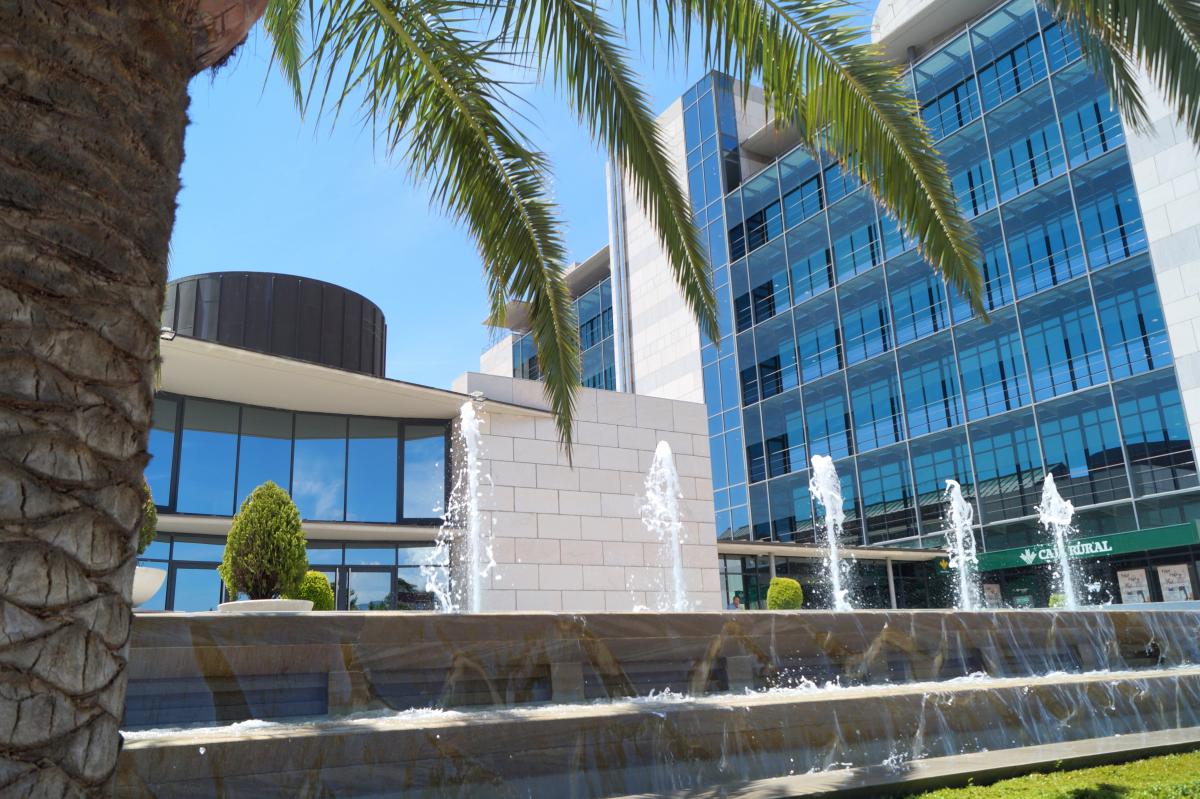 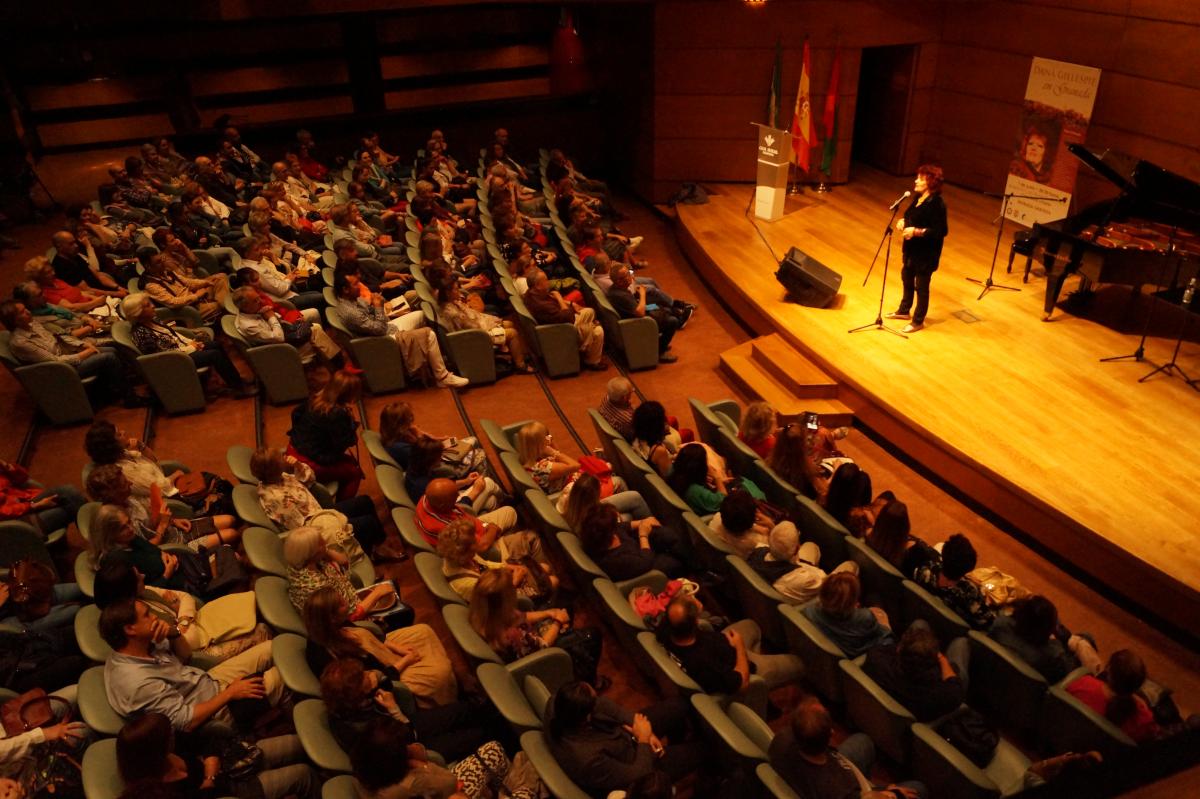 The Sathya Sai International Organisation (SSIO) in Spain and the Public University of Granada, through its Department of Awareness and Self-Development, organised a public free concert and talk by Dana Gillespie in the beautiful city of Granada on the 1st of June 2018.  The private foundation ‘Caja Rural’ collaborated as well by providing its elegant auditorium free of charge.

Approximately 360 people attended, among them 30 members of the SSIO. The event began with an inaugural speech by the representative of the Department of Awareness and Self-Development of the Public University of Granada. He gave the audience a broad overview of Dana’s extensive music trajectory as well as thanking the SSIO in Spain, the ‘Caja Rural’ foundation and Dana herself for this wonderful opportunity of spiritual upliftment through music.

Right after, a senior member of the SSIO in Spain gave a general overview of the vision and activities of the SSIO, highlighting that its main objective is to increase man’s spiritual awareness and for each one of us to discover our true nature through the practice of Human Values in our daily lives. Emphasis was also placed on the fact that all the activities that take place within the SSIO framework are inspired by the universal teachings of its founder, Sathya Sai Baba, under the lemma and guiding principles of “Love All, Serve All” and “Help Ever, Hurt Never.”.

For nearly two hours, Dana delighted the audience with her unique distinguished voice and music. Among the different themes she performed, she included blues and songs from her latest album “Trust in Your Heart”.

She also performed a couple of songs with influence from Indian devotional music which was something that the general public truly enjoyed and appreciated.

Between songs, Dana spoke very naturally to the audience straight from her heart. Although she touched many different topics, Dana placed great emphasis on the fact that she sings about love, which she described as the energy that binds us all together, the one feeling that unites beyond the multiple diversity we see, and the energy that has the power to transform thousands of hearts.

Other topics she covered included the practice of Human Values in our daily lives, the need to become more aware of how we can help protect the planet, unity of faiths and the importance of trusting our heart.

All in all, everyone left with a feeling of immense love, unity, upliftment and gratitude towards Dana, as well as the firm conviction and experience that music indeed is the language of the heart. Dana too expressed her appreciation for this unique opportunity of sharing her music with all.